Police gunned down several rioters who attacked a police station and killed four people in Hotan city of northwest China's Xinjiang Uygur Autonomous Region on Monday noon, sources with the Ministry of Public Security said.
Rioters broke into the police station shortly after 12 p.m.. They assaulted the police, took hostages and set fire to the station, according to the ministry.
A member of the armed police, a security personnel and two hostages were killed during the ordeal, the ministry said, adding that another security personnel was severely injured.

These screenshots were taken on July 18, and show that on that day searches on Sina Weibo for "Xinjiang" (新疆) and "Hotan" (和田) returned no results, just a censorship notice. 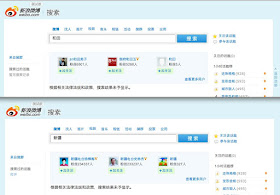 These screenshots were taken on July 21, and show that a search for "Xinjiang" is returning results, and in fact provides “Xinjiang Hotan” (新疆和田) as a suggested search term. But when a user clicks on that link (outlined in red), they are taken to a page with no results, just a censorship notice. 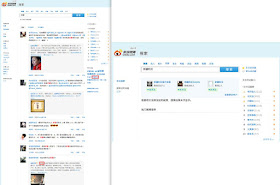 
On July 19, anti-terrorism expert Li Wei told the "Global Times," that this terrorist surprise attack in Hotan was a violent attack similar to the Mumbai surprise attack that took place several days ago, and the hostage taking, whether in terms of methods, tools, targets or form, were all consistent with a classic international terrorism incident. But the West ignores this, and conflates it with Han and Uighur ethnic contradictions, and panders to the "World Uygur Congress" version, and creates problems for China. So China faces a predicament that is similar to many non-Western countries when they trying to fight terrorism.

The screenshot below was taken on July 22, and shows a search for the Chinese abbreviation for “World Uyghur Congress" (世维会) on the Sogou search engine returns no results, just a notice that says “The keywords you entered may relate to content that does not comply with relevant laws and regulations.” (您输入的关键词可能涉及不符合相关法律法规的内容。) 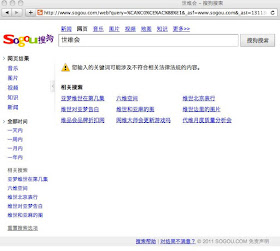 On July 4, 2011, the state sponsored Global Times published an article entitled "Getting Over It." Some excerpts:


Two years after deadly riots in Urumqi shocked the nation and the world, the capital of northwestern Xinjiang Uyghur Autonomous Region appears to be a model of peace and stability, held together by increased security measures and improving living conditions.
. . . .
The increased number of armed police patrolling downtown streets seems to be one of the only reminders that there was an ugly episode of violence that took the lives of 197 people.
To help guarantee peace in the city, some 40,000 surveillance cameras have also been installed on buses, in schools, supermarkets and on the streets.
. . . .
He Weifang, law professor at Peking University who worked at the Shihezi University in Xinjiang from 2009 to 2011, said the region is “over-emphasizing stability preservation.”
“It’s understandable that stability is very important for a complex place like Xinjiang. But if the government over-emphasizes stability preservation, it might misread some message and overact,” he was quoted by Phoenix TV as saying. “In this case, it might fuel tension between Han and Uyghur people,” he added.  Most of those who died in the 2009 riots were Han.

This screenshot was taken on July 5, 2011, and show that a search on Baidu's Tieba () Postbar forum for "75" (七五) returned no results, just a notice saying "Apologies, in accordance with relevant laws, regulations, and policies, this forum cannot be opened at this time." (抱歉，根据相关法律法规和政策，本吧暂不开放。):

These screenshots were also taken on July 5, 2011, and show that searches on Sina Weibo for "7.5" and "75"(七五) returned no results, just a notice saying "In accordance with relevant laws, regulations, and policies, searches for '7.5/七五' have not been displayed" (根据相关法律法规和政策，“何培蓉”搜索结果未予显示). 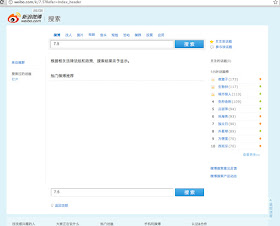 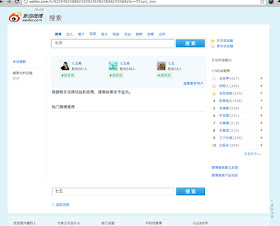 July 1, 2011, was the 90th anniversary of the founding of the Chinese Communist Party.The following screenshots show search results for Sina's Weibo micro-blogging service on that day.