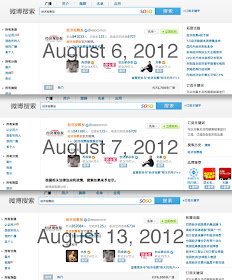 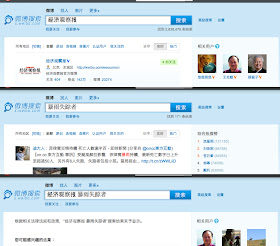 On August 4, 2012, the state-sponsored Economic Observer published an article entitled "The Flood's Missing." An excerpt:


Beijing's "July 21" downpour came out of nowhere, causing the scenic mountain village of Shidu in Fangshan to lose contact with the outside world and putting many tourists in life-threatening peril. After the flood waters receded, the Shidu city government announced "Under the correct leadership of the Fangshan district government, and through the united efforts and brave struggles of the entire village, not one single citizen or tourist died in the village, and disaster relief efforts have been victorious." The Shidu police station also said: "Faced with the Juman River overflowing its banks, a miracle was achieved in that there was not one single injury or fatality amongst the citizens and tourists in Shidu."

In fact, the Fangshan government notices neglected to mention the situation with respect to missing people. In Shidu, it seems everyone knew about "the three people swept away in the flood at Pudu village." After a detailed investigation, this paper's reporters have come to understand that, at 8 pm on July 21, at the Pudu Water Park beside Bridge No. 11 in Shidu, Ma Hailong, Hou JIan, and Yang Han were swept away following failed rescue efforts, and that there has been no word from them for over ten days. On the afternoon of August 3, Yang Han's family told this paper via telephone that Yang Han's corpse had been found in Laishui county in Hebei, and that the family was on the way to Laishui.

This article contradicted an article published on July 26 by the state-sponsored Beijing Daily entitled "Not a Single Citizen or Tourist Injured or Killed in Shidu" (十渡区域百姓游客无一伤亡).

These screenshots, taken on August 6, show that the article was subsequently deleted from both the HTML and ePaper versions of the Economic Observer's website. The Beijing Daily article is still online. 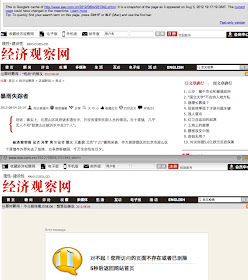 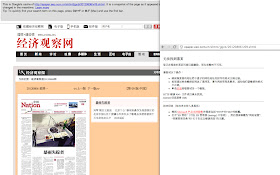 On the evening of August 7, the following posts appeared on Sina Weibo:


Friends: The Economic Observer is operating as usual; information saying that this publisher has been investigated and closed is pure rumor. Thanks for everyone's concern.
各位网友：经济观察报运转如常；有关报社被查封的消息纯系谣言。感谢各位网友关心。


Beijing Announces: We have seen information online that the "Economic Observer" has been "closed." Following confirmation from the city's agencies responsible for the administration of culture, we have an official response: this is absolutely not true, and this is purely a rumor.
北京发布：我们注意到，网上有《经济观察报》被“查封”的信息，经向市文化行政管理部门核实，得到官方回应：绝无此事，纯属造谣。

None of these posts or reports discussed why the Economic Observer's article was no longer available where it had originally been posted.
Share
‹
›
Home
View web version