Also from this blog:
On July 13, 2015, the state sponsored China Daily published an article entitled “Lawyers ‘Tried to Influence Verdicts’.” Some excerpts:


A group suspected of disturbing public order and making profits by illegally hiring protesters in an attempt to influence court decisions has been broken up, the top public security authority said.
The suspects include lawyers who acted as organizers, social media users who planned operations and people who posed as petitioners, the Ministry of Public Security said on Saturday.

The group, led by attorneys from Beijing Fengrui Law Firm, are accused of trying to create social conflict by using paid protesters, trying to influence public sentiment and spreading rumors, a statement from the ministry said.

The lawyers detained include Zhou Shifeng, the firm's director, and his colleagues Liu Sixin, Huang Liqun, Wang Yu and Wang Quanzhang. Zhou is suspected of being involved in other suspected felonies being probed.

The lawyers allegedly organized more than 40 incidents across the country since July 2012.

The suspects, including a Swedish national, have been put under coercive measures in line with the criminal law.

According to a statement from Chinese police and national security authorities, the Swedish national, Peter Jesper Dahlin, and some other people have been operating an unregistered "China emergency rights aid group" on China's mainland, and had received undeclared money from overseas and carried out unregulated activities.
. . . .
Dahlin and Wang Quanzhang, a lawyer with Fengrui, co-founded "Joint Development Institute Limited" (JDI) in Hong Kong in August, 2009. JDI operated on the Chinese mainland under the name of "China emergency rights aid group".

Dahlin's organization also provided funds to Xing Qingxian, who had been accused of illegally assisting the son of Wang Yu, another Fengrui lawyer, to illegally cross the Chinese border.


Repost: The first day of Li Wenzu’s apartment hunting. State Security officials appeared out of nowhere and flashed their badges at the landlord. And that was that for the apartment! Wens said, “I don’t want cry in front of those bastards. But she couldn’t stop herself from crying. I thought, of course you can cry, and after you’re done crying you’ve got to persevere, because when all hope is lost the compassionate god will show you the way. (Wens sits on the roadside, the black car belongs to state security, the woman in the rear is a state security official).
转：李文足找房第一天。国保突然冒了出来，向房东亮了证件。房子，就黄了！文足说，我不想在这些王八蛋面前哭。可是她还是忍不住哭了。我觉得当然可以哭，哭了之后仍然坚持，在绝望中怜悯的上帝必会给人开一条路。（文足坐在路边，黑色的车是国保 车，后边的是女国保）。 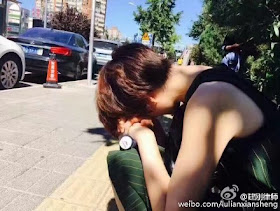 
Li Wenzu: The police have already created files at every kindergarten, and no child of Wang Quanzhang will be enrolled. They are blocking my child from going to school to blackmail me, hoping to render me fearful and obedient, and not expose their illegal behavior anymore
李文足：警察已在各幼儿园备了案，只要是王全璋的儿子就不会收。他们以不让孩子上学要挟我，想迫使我害怕、听话，不再揭露他们的违法行为

These screenshots show that all of these posts were deleted. 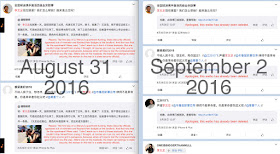 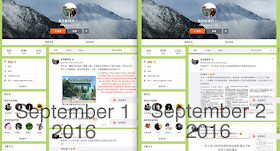 By September 14 the only uncensored post remaining was this video that portrayed Li as working with foreigners to harm China. 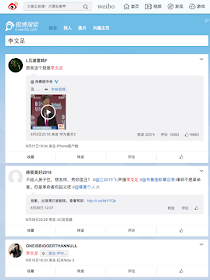