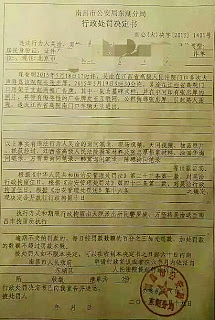 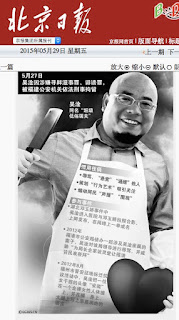 On June 15, 2015, Wang Yu (王宇), a lawyer with the Beijing Fengrui Law Firm (北京锋锐律师事务所)where Wu was employed, published a blog calling on the government to release Wu. Wang promoted the blog post on her Twitter account. It would be her last Twitter post for two years. Someone is prying open the door at lawyer Wang Yu's home, and the power has been cut. Her husband and son are not home. Wang Yu has been accepting sensitive cases for several years. She was the attorney in the Jiansanjiang Case, the Fan Mugen Case, and the recent Butcher Case, and the authorities have had their eye on her! The government media outlets will be soon be mobilized to smear her name! I hope people are paying attention!
王宇律师@wangyuLawer 家现有人撬门，家里被断电。老公儿子都不在家。王宇律师近年一直接一些敏感案件，建三江案，范木根案，这次屠夫案也是她在代理，被当局视为眼中钉。不惜动用部级单位媒体来打压抹黑她！望大家关注！ 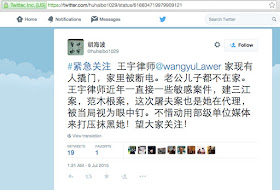 On July 10, 2015 members of China's legal community were sharing information on social media that other lawyers at the Fengrui Law Firm had been detained, including  Zhou Shifeng (周世鋒), Li Heping (李和平), and Liu Sixin (刘四新). 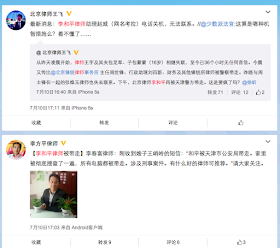 On July 11, 2015, the PRC Ministry of Public Security posted the following statement on its verified official Sina Weibo microblog:

Over the past few days, the Ministry of Public Security has directed law enforcement agencies in Beijing elsewhere in a coordinated action to smash major criminal gang that used the Beijing Fengrui Law Firm as a platform to organize, plot, and hype-up over 40 sensitive incidents and severely disturb social order. A criminal enterprise has been brought to light comprising a large, well-organized, and tightly coordinated group of "rights defense" lawyers, provocateurs, and petitioners. 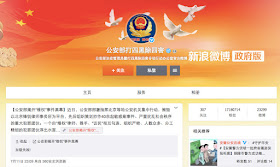 In addition to those mentioned above, the following is a partial list individuals who were detained in connection with the Ministry of Public Security's "action":

Later on, others associated with those individuals and their causes would also be imprisoned. For example:

In addition to the publicity against Wu Gan noted above, the China's Internet companies and state sponsored media censored information and promoted the government's narrative of the arrests. For example:

Tool Used By Detained Lawyers Gets Attacked Day After Detentions Began, Day Before Being Mentioned in Government Report